Barrel Chest: What is It and What Does it Mean for COPD Patients?

"Is being barrel chested bad?" — In the later stages of COPD, some people with the disease begin to notice a barrel-shaped chest that, understandably, leads to concern. Although this is not always a serious issue, it can be a sign of emphysema, a type of COPD.

While having a barrel chest alone isn't dangerous for your health, a barrel chest can be a sign of another serious problem. If you have COPD or know someone who does, then you should know what barrel chest is and how to recognize it.

In this post, we're going to tell you all about barrel chest, what causes it, and what it means for people with COPD.

What is Barrel Chest?

Disease-related barrel chest usually develops as a result of strain, pressure, or damage to the rib cage that causes it to expand. This can be caused by underlying problems with the lungs, joints, or skeletal structure supporting the rib cage. Emphysema, a type of COPD, is one of the most common causes of barrel chest. This happens because enlarged lungs and chronic airway obstruction caused by COPD makes it difficult to push all the air out of the lungs when you exhale.

Usually your rib cage is very flexible so that it can expand when you inhale and contract when you exhale. When you have emphysema, however, some air stays trapped in your lungs even after you exhale, which exerts pressure on your rib cage as it tries to contract.

This is known as lung hyperinflation, and it prevents your rib cage from contracting all the way back down after you exhale. Instead, the rib cage is forced to stay open in a slightly expanded state. This results in the barrel-chested appearance and is usually associated with the later stages of COPD.

The trapped air that causes barrel chest can make it difficult to inhale, as stale, trapped air is already present in the lungs. This makes it more difficult to breathe and makes other COPD symptoms, like coughing and wheezing, even worse.

Trapped air can also cause changes to the shape of the diaphragm, causing it to become weaker and making belly breathing (diaphragmatic breathing) more difficult. As a result, many COPD patients rely heavily on their chest muscles, instead of their diaphragm, to breathe. This can cause problems like chest tightness and pain, and wear out the muscles you use to breathe more quickly, making COPD symptoms even worse. 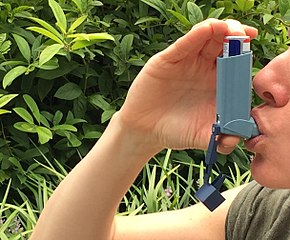 This is because asthma can make it difficult to exhale fully and push all the air out of your lungs. This causes air to get trapped in the lungs just as it does in patients with emphysema, preventing the rib cage from contracting and causing a barrel-chested appearance. Arthritis is a disease that affects the joints, and it causes barrel chest in a different way than COPD or asthma. It wears down the joints in the rib cage that anchor your rib bones to your spine, making the rib cage less flexible.

Because of this, the rib cage can no longer expand and contract as easily as it is supposed to. Over time, this stiffness can prevent the rib cage from contracting altogether, forcing it to stay stuck in the expanded position. This causes the chest to have a wider, barrel shape.

If you don't get enough calcium and vitamin D in your diet, it impairs your body's ability to repair and strengthen your bones. In severe cases of calcium deficiency, known as osteoporosis, the bones become so weak and brittle that minor bumps and falls can cause them to bruise and break.

Calcium deficiency affects the bones in your rib cage as well, causing them to become weak and misshapen. Over time, this can deform your rib cage and breast bone, changing the outward appearance and leading to a barrel-shaped chest. As we mentioned above, sometimes barrel chest isn't caused by any disease or medical condition, but is  just a natural physique. Some people, men especially, are simply born with the genetics and physical characteristics that lead to a barrel chest.

A barrel-shaped chest physique is also common in certain populations of people that live at high altitudes, including native peoples in the Andes Mountains and the Himalayas. Researchers suspect that the barrel-shaped rib cage could be an adaptation to cope with the thinner air at high elevations. 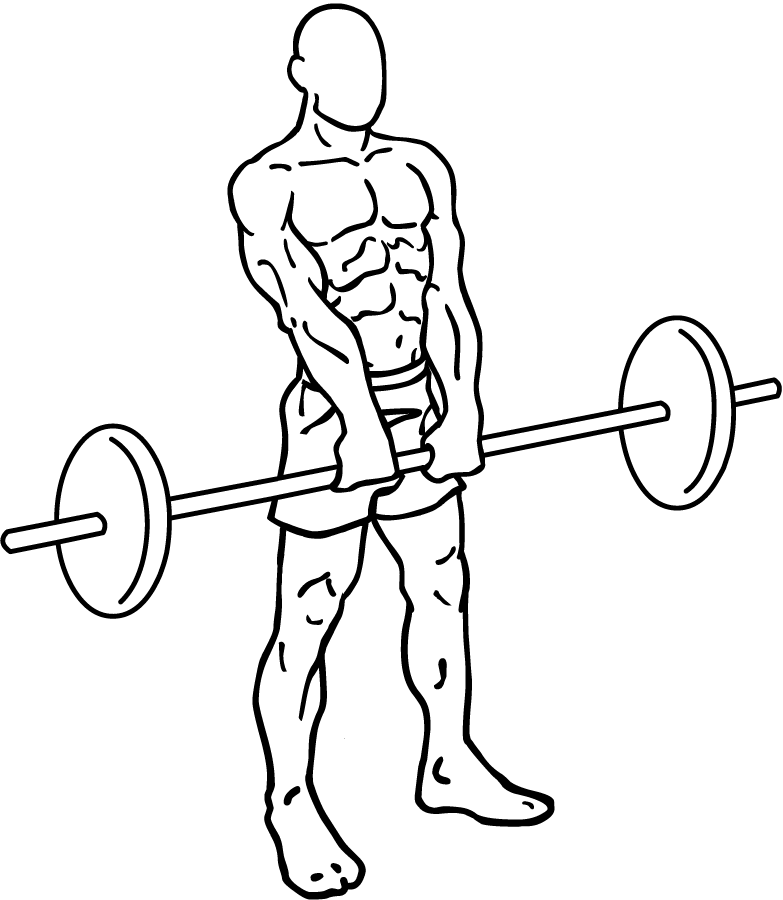 For people who develop a barrel chest due to genetics or exercise, having a barrel chest doesn't require any treatment and is nothing to be concerned about. There are also some very rare genetic disorders that cause some babies to have a barrel chest from birth, as a result of a congenital abnormality in their skeletal structure.

Sometimes there is more than one cause behind COPD-related barrel chest. For example, severe asthma is a common risk factor for COPD, and patients who have both may have a greater risk of developing barrel chest as a result of both conditions combined.

COPD patients are also particularly prone to arthritis, which can contribute to a barrel chest in addition to lung problems caused by COPD. It is particularly important for COPD patients to get adequate calcium and vitamin D in their diets to prevent bone density loss and osteoporosis.

How to Treat Barrel Chest Caused by COPD

In the case of emphysema, a barrel chest is a strong sign that your lungs are trapping a lot of air. The most effective treatment, then, is to treat the underlying COPD symptoms, especially trapped air in the lungs.

Every part of a COPD treatment plan is designed to keep the lungs and the body as strong and efficient as possible. If you follow your treatment plan carefully, including eating a healthy diet and exercising, you can improve your COPD symptoms and prevent other symptoms like barrel chest. Pursed-lips breathing is an exercise that is very effective at helping patients with COPD control their breathing during exercise and any kind of physical activity. It can effectively ward off breathlessness and even prevent air from staying trapped in your lungs.

The purpose of pursed-lips breathing is to force air out through a small opening in your lips. This creates pressure in your lungs and airways when you exhale, which helps push any trapped air out of your lungs.

Most medical professionals recommend that people with COPD practice pursed-lips breathing every day and use it as often as possible, especially whenever they experience breathlessness or other respiratory symptoms. Pursed-lips breathing might also be able to prevent or delay the onset of emphysema-related barrel chest.

Here is how you practice pursed-lips breathing:

Get Plenty of Calcium and Vitamin D

People with COPD often have difficulty getting adequate amounts of nutrients, and especially calcium and vitamin D, from their diets. This is partially because of COPD symptoms that make it difficult to eat and prepare healthy meals, and partially because many patients have increased calorie requirements because of the strain the disease puts on their lungs.

By ensuring that your bones have plenty of nutrients to stay strong, you can prevent osteoporosis and osteoporosis-related barrel chest. That's why it's important to follow your COPD treatment plan and the dietary guidelines provided by your doctor.

Here are foods you can eat to increase the amount of calcium in your diet:


Here are some foods you can eat to increase the amount of Vitamin D in your diet: Whether or not your have COPD, it's important to be able to recognize what a barrel-shaped chest is and what it could mean. While having a barrel chest is not necessarily a health concern in itself, anyone who notices a barrel chest that develops over time should get evaluated by a doctor for potential underlying causes.

Even COPD patients who develop a barrel chest should get evaluated by their doctor. It could be a warning sign that your COPD is getting worse and your treatment plan needs to be adjusted.

Even if emphysema is the primary cause of barrel chest, other medical conditions, like osteoporosis, could also be contributing to the change in the rib cage's shape. That's why it's important not to ignore a barrel chest if you develop one, even if you think that it is most likely related to your COPD.

Now that you have a better understanding of what a barrel-shaped chest is and the medical conditions that cause it, you will be better able to recognize it in yourself and others and be better able to tell when it should be taken seriously. If you or someone you know has COPD, watching out for a barrel chest can help you better manage and monitor the disease.